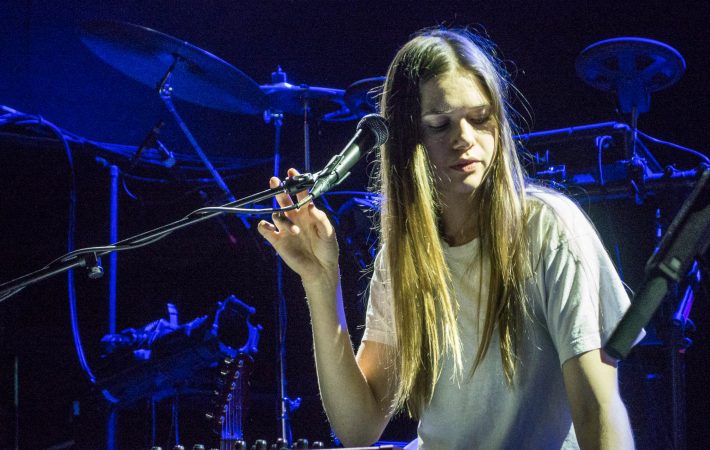 I was absolutely enchanted by Morly’s performance at the SXSW Hype Hotel and I was excited to see one of her two sold-out shows at the Music Hall of Williamsburg, where she opened for Låpsley, who has turned into something like a superstar.

Morly performed sitting behind a keyboard in a simple white T-Shirt and was surrounded by Låpsley’s impressive gear like cold, blue machinery, which made her quiet, delicate songs appear even more vulnerable. Even Sam Hirschfelder, the live drummer next to her, seemed distant as he carefully avoided to draw attention.

When she closed the set with “If Only Chords”, she asked the room softly for silence and the chatter immediately died out. For a good reason: as the songs swells with the repeated line “I beat my own heart” it is hard not to be swept away.

Morly’s second EP “Something More Holy” is out now on Cascine. Listen on Apple Music, Spotify or Soundcloud.

Listen to “If Only Chords”: