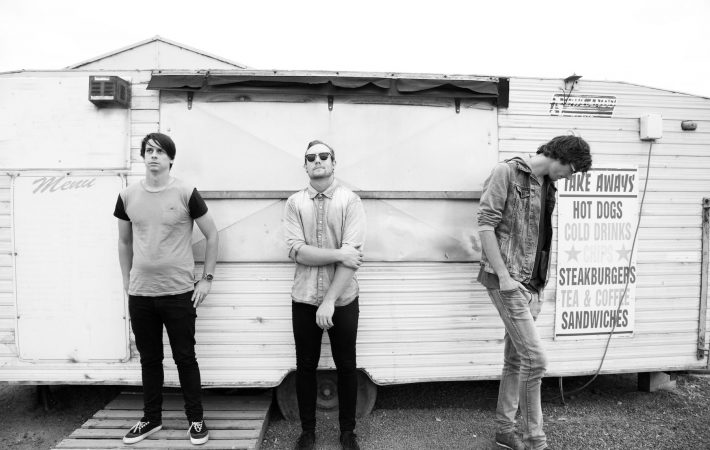 Followers of my #3IsABand series know that I seem to be particularly drawn to trios from Australia, be it synth-pop, psych-rock or more “mainstream” indie-rock (an oxymoron in itself).

It is no different with Like A Thief, because when I listened to the first few bars into “Escape”, I was hooked and knew I wanted to know MORE about this band! Aaron Crosby, Caleb Drage and Jonathan Hennig, who make up Like A Thief, are on the electronic and synth-pop spectrum of the indie-music genre.

Listening to the latest EP “Play Loud” of this Western Australia band (for us non-Aussies, this is far out West, Perth is the biggest known city there and home of Tame Impala or to be more ‘indie’ Methyl Ethyl), it becomes clear that Like A Thief want to defy easy classification and molds. Because…

… the vocals are usually what makes me love or dislike a band or music project. No different with synths pop, especially within this genre because autotune is too often a staple in modern pop-music. To my great surprise and absolute delight, Like A Thief have a singer that could also fit well within a rock or blues band. With his approach to singing, he reminds me more of Sam Herring of Future Islands (who I still dig a lot) than any of the other comparisons  I have read (Cut Copy, Coldplay, The Temper Trap).

In any case, simply enjoy “Play Loud” ahead of time now on SoundCloud , and then again when it gets officially released on May 20. Listen to the infectious, feel-good “Sirenes” now:

There’s a also a nice band video for “Escape”: