PHOTOS: FEWS Ignite the Stages at Latitude 30 and Beerland (SXSW) 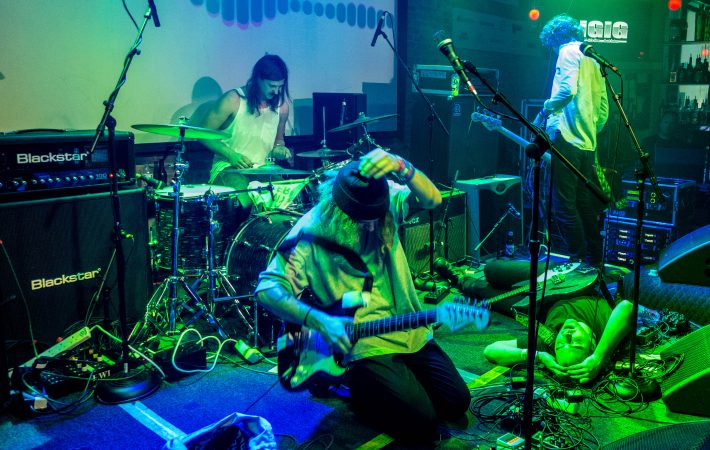 PHOTOS: FEWS Ignite the Stages at Latitude 30 and Beerland (SXSW)

Saving “the best” for last? Truth is, I have seen so many fantastic live acts in Austin this year, and can’t possibly pick a favorite, but I can say that much, that FEWS are very high on my personal list of memorable performances and stand-out shows.

With “The Zoo” and “100 Goosebumps“, FEWS have released two amazing alt-rock gems, visually enhanced by an atmospheric band video for “100 Goosebumps“. Once their album MEANS drops, May 20th (on play it again sam), it’ll become even more obvious that this is a band to be reckoned with. The album is absolutely fabulous! Everything you wish for in a debut album from an indie-rock band and hands-down already in my “Top 10 of 2016”.

As for SXSW, I saw FEWS live at the PIAS showcase at The British Embassy (Latitude 30) and again Sunday, the day “after” the festival playing a gig at Beerland, where I also had the chance to chat a bit with Fred, David, Rasmus and Jay. During both shows, FEWS put their hearts into their music and their performances were a great joy to experience and I can’t wait to do so again, in Brooklyn perhaps?

Before browsing the photos, don’t forget to check out the list of Five Videos that inspired Fred, that he shared with glamglare a couple of weeks ago. These are some epic choices, thanks Fred!

This also concludes our SXSW 2016 coverage. See you again next year!

LIVE at The British Embassy

FEWS Tour Dates
FEWS debut album MEANS will be available from May 20th, on CD, limited clear vinyl and download and is available to pre-order now.