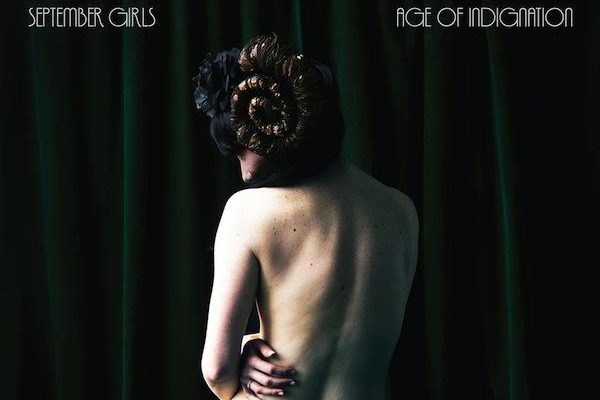 It surly feels like an “Age of Indignation” for us here in the U.S. where a grueling presidential campaign fueled by anger and righteousness is underway. September Girls are from Dublin, Ireland, so they probably had something else in mind. The music is universal, though: shoegazy guitars, sinister organs and multi-sided vocals convey a feeling of being done with it all – in a good way that makes you want to battle and get over it.

September Girls are the five-piece of Paula Cullen (vocals, bass), Caoimhe Derwin (vocals, guitar), Lauren Kerchner (vocals, keyboards), Jessie Ward (vocals, guitar) and Sarah Grimes (drums). I loved their live show back at CMJ 2014, but unfortunately missed them at SXSW. They are touring Ireland and the U.K. right now and I hope for some more U.S. dates later this year.

Age of Indignation is out now on Fortuna POP!. Listen on Apple Music or Spotify.