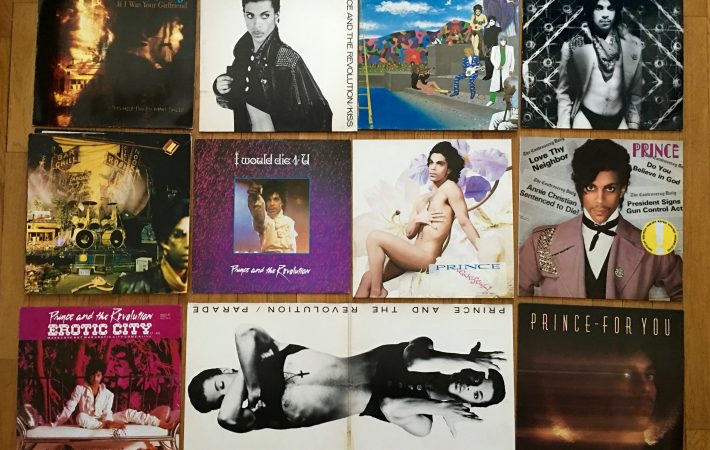 Did you already play your favorite song by Prince? Which one was it?
It’s impossible to pick just one from this larger than life musical genius. My humble vinyl collection here can not even begin to express how much Prince meant to me during young adulthood in the 80s. My friends Betty and Kirsten, we were pretty much obsessed with Prince, when we didn’t listen to dark New Wave and UK punk. Prince was our “ray of light”, the “other kind of music” we let into our lives. “Purple Rain”, the album, the movie featuring female musicians (Wendy? Yes, Lisa.), which was still fairly rare back then and simply awesome…
While I never forgot about my deep love for Prince’s music, I didn’t follow his more recent releases too closely. The deep appreciation never faltered though and  the loss is felt deeply.

Sometimes it snows in April
Sometimes I feel so bad, so bad
Sometimes I wish life was never ending,
And all good things, they say, never last

And this was the song I listened to first, after hearing the terribly sad news. Always a favorite song of mine, despite April increasingly becoming a ‘difficult’ month. Then I played “I Will Die For You” and “Sign ‘O The Times”, two other top favorites of mine. Now, I can’t stop listening through them all, and there’s also no reason not to.

Thank you, Prince, for your rich oeuvre of beautiful music and your artistic vision. RIP – you will be missed.