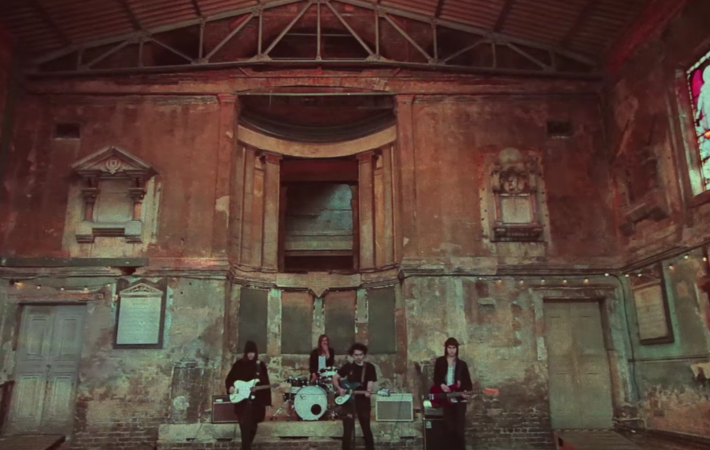 Even before heading to this year’s SXSW, I knew that FEWS would be one of the most exciting bands to currently come out of the UK*, and having seen them live not only once but twice confirmed this guess. We chose “The Zoo” as Song Pick of the Day earlier this year, and are thrilled to include this band video to the mix. FEWS have an album to come out May 20th, and the just released single “100 Goosebumps” will be on it. To get an idea of FEWS exuberance, and how an alt-rock/post-punk can sound and look like, watch the super cool video to “100 Goosebumps”, directed by Alden Volney and shot in a derelict and somewhat dilapidated old asylum in East London:

*with band members from Sweden, UK and the USA.