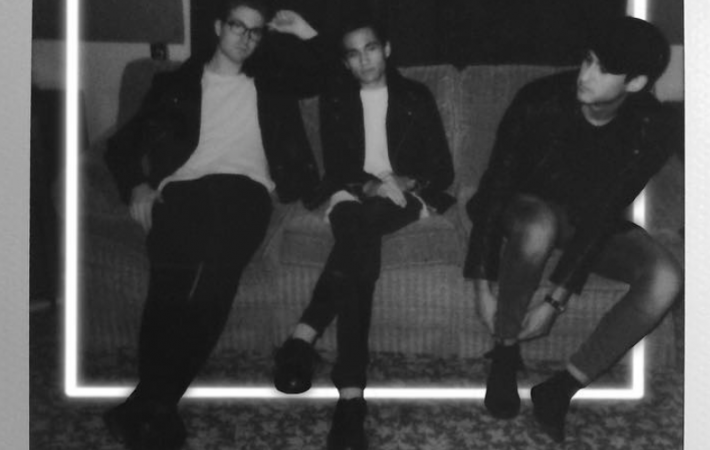 While listening to Koppels‘s debut EP “Black & White”, released early this year, I can’t help but getting this warm and fuzzy feeling and a smile wants to appear so desperately on my face. All five tracks on their debut EP sound so much more mature, brilliantly recorded and produced as this usually would be the case for a band basically just starting out.

From the opener “Legions” to the closer “Chase” we hear upbeat, well crafted pop pearl after pop pearl. Musically, I’d say Koppel fit right in between the upbeat-ness and guitar-synths arrangements of Australia’s Strange Talk and the West-Coast laid-backness of fellow Californian three-piece LANY. Vocally, I also feel at times reminded of Panic! At The Disco, when they were at the height of their game.

Koppel are based in Turlock, CA and formed by Jacob Copple (guitar, vocals), Joel Copple (drums, vocals) and Jordan Holston (bass).  The three were growing up together, playing music at church and that’s where they found their common love for pop-music and the rest we can hear on their debut EP. Their church-background is shining through in their lyrics and Koppel describe their sound as “ambient pop with elements of dream pop that intends to encourage and uplift.”  Well done!

Listen to the super laid-back and hypnotically beautiful “Weights”, my favorite track on the EP:

Stream more songs on SoundCloud and get the EP on iTunes.