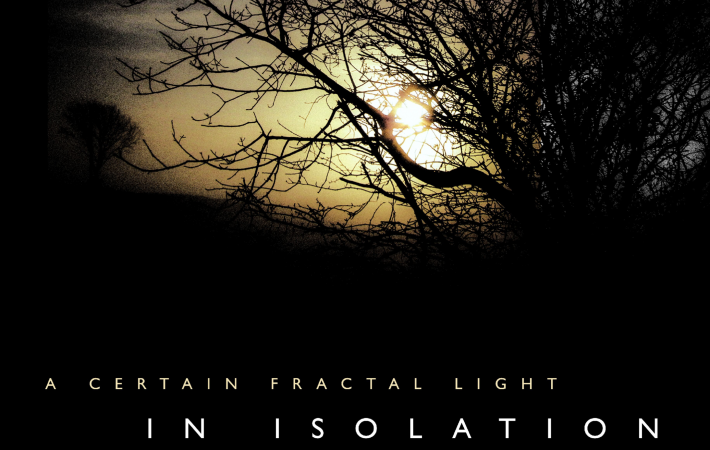 Following the single releases “Parlance”, “Elder Statesman” and “Truth or Dare” comes now  the debut album “A Certain Fractal Light” of Nottingham trio In Isolation. As early fans of the previous singles, we’re especially thrilled to give our readers the opportunity to listen to the album ahead of its release.

While this is In Isolation’s debut album, it becomes very soon apparent, by the high quality of  the song writing, the musicianship and the overall production, that the three from Nottingham, UK have been making music together since 2009. Ryan Swift  (vocals, guitars), John Berry (guitars) and Tony Ghost (drums) each had experiences in other bands but now combine their talents in In Isolation and the release of “A Certain Fractal Of Light”.

Let’s dive into the album… while the already mentioned, previously released tracks – “Elder Statesmen” was a Song Pick of the Day – have already found their fans, all ten songs of the album are out for discovery and here are my other favorite tracks. Ryan Swift is such a gifted singer, who knows exactly how to modulate his voice to give the lyrics depth and meaning and to create a dense, hypnotic atmosphere.

“Letter” is a great example. In a time when other musicians talk about all forms of modern communication in their lyrics (don’t break up with me via text, anyone?) In Isolation opt for the other approach: The letter addressed to me from you was lost /
Now I don’t know how you feel for me – the urgency and pain in the song is palpable.

“Truth or Dare” is an instantly likable song and should play itself into the hearts of new and older fans alike with ease.

“Gods” gets under my skin, and I am not the only one. The lyrics are gripping but so is the melody and the execution. Definitely a stand-out track.

Stream the album and/or pre-order it here or get it on iTunes and Amazon on April 15 2016.