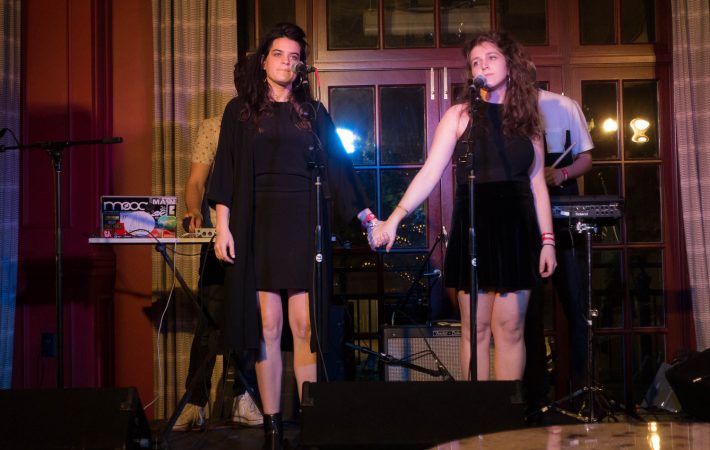 If the name ‘Overcoats‘ makes you think of a folk band, you are already half way there: Hana and JJ are two friends, who met in college and started singing together to an electric guitar. They showed that side of their music during the first part of their set and they also kinda had to do it, because it was a “folk showcase” as Hana later explained.

For the second half of their showcase, the two guys behind them sprang into action and supplied Hana’s and JJ’s harmonies with beats and sparse electronic textures. How come? At some point, they told us after the show, they discovered that dance music elements emphasize the sadness of their lyrics. That works very well.

Overcoats have a self-recorded and self-packaged EP out. Listen to it on Soundcloud. Here is their latest single that blew us away: