PHOTOS: Mainland Give a Picture-Perfect Rock Performance at Sidewinder (SXSW) 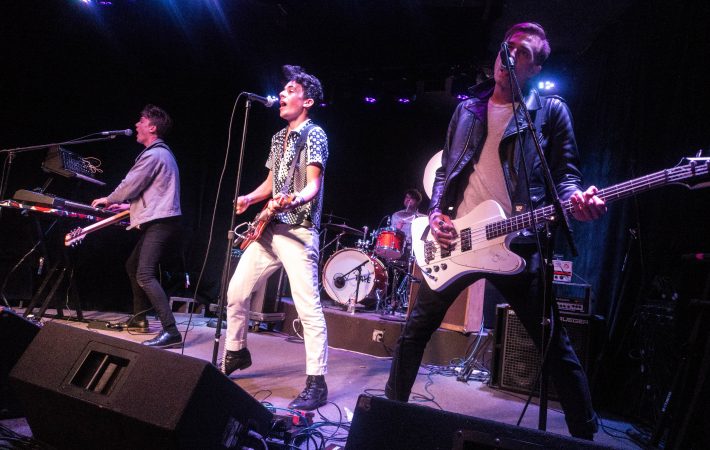 PHOTOS: Mainland Give a Picture-Perfect Rock Performance at Sidewinder (SXSW)

Mainland played Saturday evening on the outdoor stage at Sidewinder. We’ve been there a few nights prior for Fickle Friends, when it was still way into the 90s but Saturday no longer. While it was rather cold that night, and all the festival excitement began to wearing of, and tiredness kicking in, we nevertheless wholeheartedly enjoyed the New Yorker’s set not least because of their entertaining qualities.

Granted, Mainland’s song material is pleasing, with well placed hooks and all the right ingredients to make the audience sing along. But that’s not enough to ignite that special spark. The four members on stage knew exactly what they were doing and the result was a surprisingly awesome show. I’m saying this because I came with somewhat low expectations after having seen Mainland a few years back at New York’s Mercury Lounge but they absolutely nailed it in Austin!

If you’re in for straight forward melodic rock, definitely check out Mainland and then go see them live! To not miss any updates follow the band on Facebook and/or Twitter, check out our live photos and listen to “Not As Cool As Me” and “Outcast”.