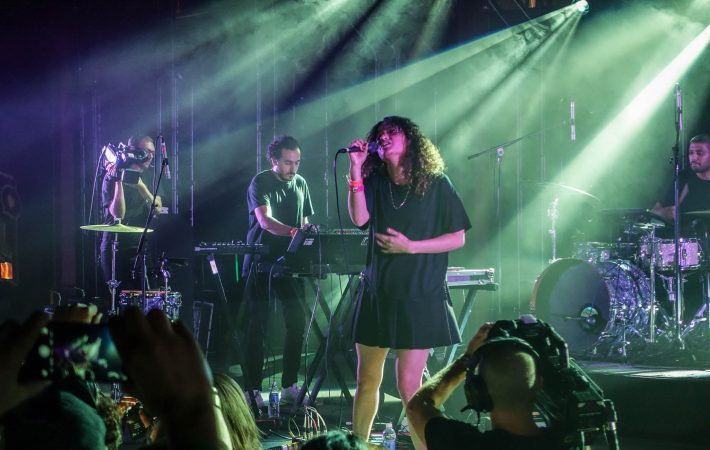 SXSW is primarily an opportunity to discovery new artists, but it is also fun to see somebody we know well in a new setting. We have been following Lorely Rodriguez aka Empress Of since CMJ 2013 and seen her many times on stage, but none of them was as grand as the one setup at the Hype Hotel. No matter that it was the closing set at 1 am: Lorely just looks fantastic in this first class light show.

She was playing a set ranging from her 2013 standout song “Realize You” to her latest, just released single “Woman is a Word” and in between material from her 2015 album “Me”, which made both Elke’s and my year-end top ten. She has just wrapped up a US tour, but if you are in Europe you may have a chance to catch her in June.