3 Is A Band: Desert Mountain Tribe 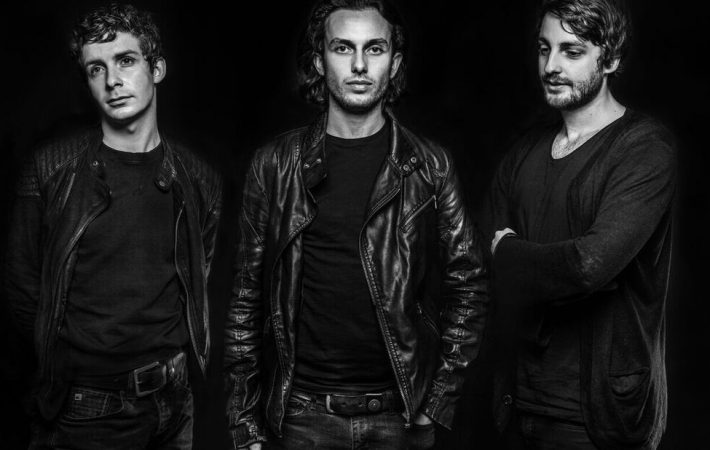 3 Is A Band: Desert Mountain Tribe

It’s no secret that I am pretty much in love with current psychedelic rock, often labeled ‘psych rock’ or ‘fuzz rock’. Regardless the classification. There are bands that seem to make music with just ‘that’ particular vibe and sound. And some of the ones I like the most happen to be three-piece bands, and Desert Mountain Tribe is one of them.

The three members of Desert Mountain Tribe are based in London, and made people listen up with their debut ‘DMT EP’. They were consequently touring a lot and playing festivals all over Europe, which eventually lead to an Europe-wide label deal with Hamburg based Membran Records who will also release the band’s debut album “Either That Or The Moon” on March 11th. Metropolis Records will do the same in North America.

Desert Mountain Tribe are comprised of Jonty Balls (guitar, vocals), and the brothers Philipp Jahn (bass) and Felix Jahn (drums), a very classic set-up (even that two of the band mates are brothers is something I came across quite often since I started following trios…) and yet always new and exciting in their actual execution. All I can say, at this point, is that I am super excited to listen to their debut album to drop this Friday, March 11th, and that I am certain to welcome it into the mix of my favorite rotating records.

For now, until we can get our hands and ears on “Either That Or The Moon”, let’s watch a couple of videos and listen to Desert Mountain Tribe online. When they’re touring the US, let’s go and see them live!

Watch the atmospheric “Runway”, the hypnotic, excitingly fuzzy single from the album  “Either That or the Moon”…

… or if you rather only listen, without any visuals, then do so on SoundCloud, then get the album for keeps on iTunes.