3 Is A Band: Bleached 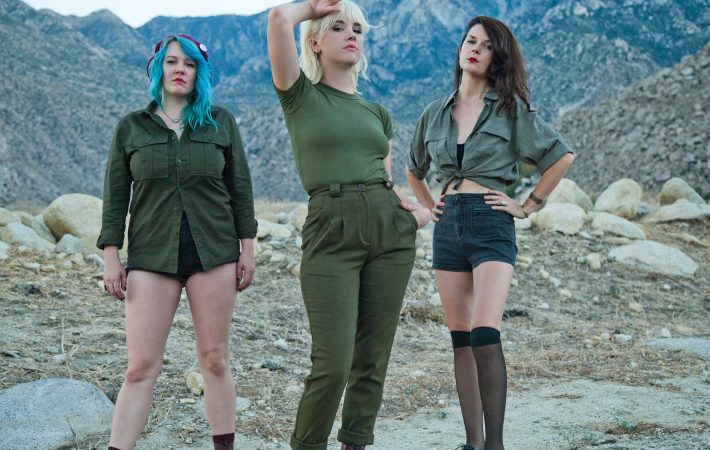 3 Is A Band: Bleached

If someone asked me to describe Bleached in only a short phrase, I’d go with “a little bit like an all female Green Day, maybe less punk and a touch more garage-pop”, and even after having listened to almost everything I could find from this Los Angeles three-piece band, I’d stick with it. As a result, I am anticipating the new album, “Welcome The Worms” even more , which is expected to drop April 1st.

The two sisters Jennifer Clavin (vocals, guitar) and Jessie Clavin (guitar, bass) as well as Micayla Grace (bass) have been through quite a few life struggles from their fantastic debut Ride Your Heart (2013) to their sophomore album and it will show, as Jennifer predicts: “I was a loose canon. I was losing serious control of my personal and creative life. I was falling apart, trying to escape. I felt like Bleached was the only thing I actually cared about.” Furthermore she declares: “We don’t want perfection because it’s boring. We want to make music that’s as real as life.” – which kinda brings me back to Green Day, because I’ve heard that statement including great music before!

I really dig the almost pop-feel of “Keep On Keepin’ On”, the video for one of the songs on the new album:

Not sure why there’s lately a flurry of videos that deal with ‘death’ one way or the other… usually, I give them a pass because this is a topic I find difficult to deal with, even or especially in art form. The three women of Bleached however found an angle that’s sad, and scary yet also quite comical and heart wrenchingly sweet, in a way. And you can also see their live drummer Bosh Rothman in it:

And for all of us who we can’t get enough of “Wednesday Night Melody”, it’s luckily also on Soundcloud:

To see some cool handwritten lyrics, visit their Facebook page quick or scroll back to the February 18th 2016 update. I really dig the lyrics on a postcards. Sweet.