PHOTOS: Savoir Adore headline fantastic evening at Baby’s All Right with Tigertown and A R I Z O N A 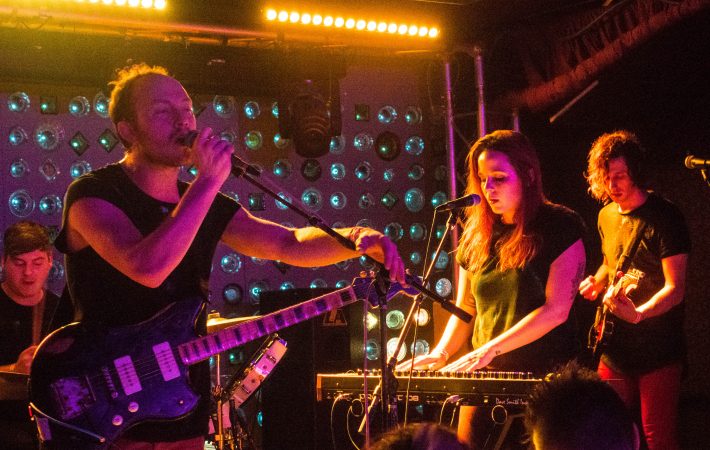 PHOTOS: Savoir Adore headline fantastic evening at Baby’s All Right with Tigertown and A R I Z O N A

For dream and synth pop fans, it was a no brainer to venture out to Brooklyn’s Baby’s All Right early on Wednesday, February 3rd to not only see Savoir Adore playing again in New York after a two years hiatus but to also check out newcomers A R I Z O N A and Australia’s Tigertown.

First up were A R I Z O N A, a three-piece originally from New Jersey but now dividing their time between LA and the UK. On stage, they were supported by a fourth band member and as I learned later, they haven’t played live that often yet but one could not have guessed from their professionalism on stage. They sounded great and will continue to play their way into the hearts of electro-pop fans.

Listen to “Where I Wanna Be” an energetic and upbeat track that showcases the band pretty well:

Next up were Tigertown, who came all the way from Sydney, Australia and consist of husband and wife duo Chris (guitar) and Charlie Collins (lead vocals, synth), as well as Chris’ brother Alexi  Collins (keys) and sister Elodie Crowe (bass). Together they make refreshingly upbeat and likable dance-dream pop. Listen to “Always” and hear for yourself:

After more than two years, Savoir Adore came back to their homebase to play a long awaited show at the sold out Baby’s All Right. In case you need a refresher, why we all fell in love with the band in the first place, let’s listen to the smash hit “Dreamers”:

With temperatures being unseasonably warm, it was incredibly hot in the hip music venue and audience and band members alike were fighting the heat yet this little temperature thing didn’t dampen the electrified and happy mood. There was an overall feeling of ‘great to have them back’ in the air.

And here’s proof that Paul Hammer & Co. have not lost any of their initial dream pop allure. Listen to “Lover’s Wake”, Savoir Adore’s newest single which got received enthusiastically: