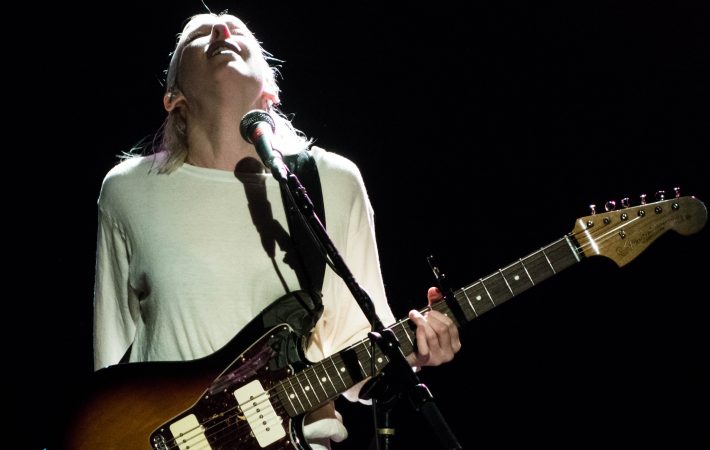 The last time I saw TORRES live, was October ’15 at Brooklyn’s Kings Theatre, touring with and opening for Garbage. Admittedly, the ticket prices for such a prestigious venue and amazing line-up were a bit steep, and I only shelled out money for seats at the 2nd mezzanine level, way in the back. So, while I could not actually see TORRES, I could still hear her and her shortened set (roughly 30 minutes), given that Garbage played for 3 hours straight!

The more I was excited to learn that there was yet another chance to see my favorite artist of 2015 in a venue dear to my heart, and as it turned out to Mackenzie Scott’s aka TORRES, too. She was visibly giddy and happy to play the famous venue (opened in 1998), which accommodates about 575 music fans, which makes it one of New Yorks “mid-size” venues. Yet, it’s no small feat to headline and sell-out such a venue but that’s exactly what TORRES, supported by Palehound for that leg of her tour, did.

When TORRES took the stage some minutes after 10pm, the room was humming with anticipation and open admiration, and birthday wishes could be heard since Mackenzie Scott’s 25th birthday was just around the corner, on January 23rd.

Having seen TORRES for the 5th time in only 10 months (SXSW15, Baby’s All Right, Mercury Lounge), I was surprised by her choice of opener the one from her first album: “Mother Earth, Father God”. The other times I saw her, they opened with “Son, You Are No Island”, which luckily got still played later in the show, and always a special favorite of mine. Other highlights are of course the hit-friendly “Sprinter” and the maybe break-out song “Strange Hellos” which just gets more badass each time, and Mackenzie Scott visibly having fun on stage being that much of an expressive performer.

Sadly, even the best concert comes to an end, and after its official ending, TORRES gave an encore and played “November Baby”. After that, Mackenzie Scott announced that with a couple of more shows to go, this was it for now, and the awesome musician she is, she stayed around at the the merch table to chat with new fans and old fans alike, not getting tired but riding on a wave of happy accomplishment. And while this saddens me a bit, to know that this phase is over, I also know that TORRES will be back with new material…
…but first she’s scheduled to play some Summer Festivals, Governors Ball for starters.