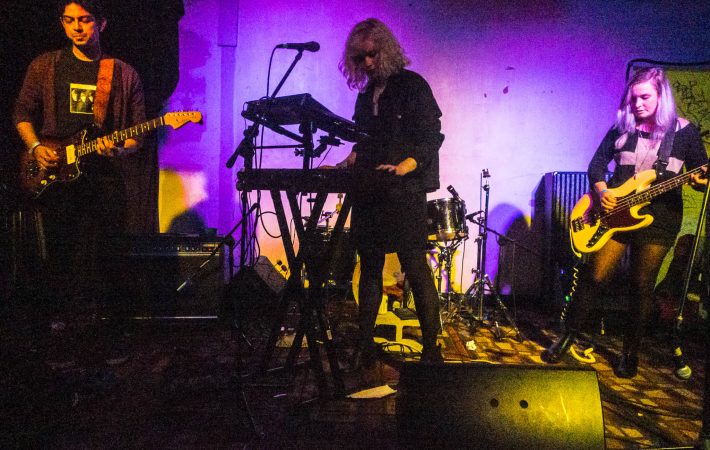 Last Saturday, a great lineup gathered for a daytime show at Bushwhick DIY venue Palisades. We arrived in time for a song by Exiles and the whole set of Dream Parrot, two bands we will look out for.

But we were here for Lantrns, a Brooklyn three piece comprised of Kaitlyn Mills (vocals, keys), Sridhar Ravichandran (guitar) and Jenny Palumbo (bass). There is no drummer: the thundering beats handles Kaitlyn herself with a drum pad attached to her keyboard. Live on stage, the guitars are more pronounced than on their self-titled debut EP, which they released last summer, but either way they are up to something! I felt reminded of a rockier version of Austra, not the least because of Kaitlyn’s clear and beautiful voice.

Listen to their EP here: