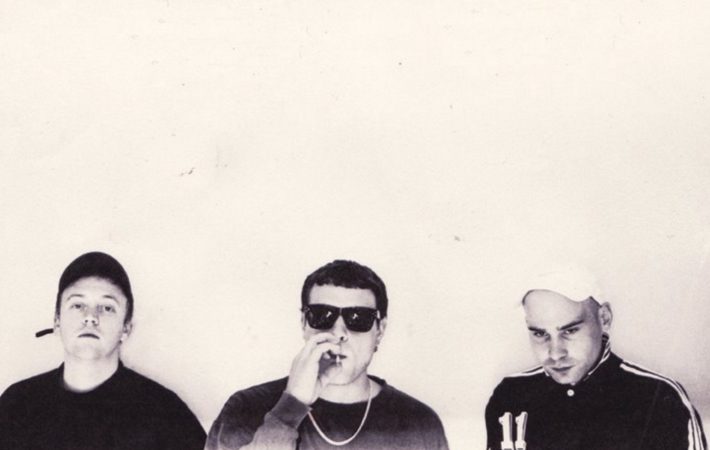 Yesterday, while listening iTune’s alternative radio, a song came up that sounded familiar and that I instantly loved (again). Checking the song Laced and the band DMA’s, I remembered that I came across them last year already. Then a few hours later, the 3rd round of announcements for bands playing this year’s South By South West Festival (SXSW) came out. Running through the list, DMA’s were on it! And then it hit me: I wanted to see DMA’s already last year while in Austin for SXSW but for whatever reason, DMA’s had to cancel that trip.

This year though, there should be a chance to hear and see the Tommy O’Dell (vocals), Matt Mason (guitar, vocals) and Johnny Took (guitar) either at the beloved “Aussie BBQ” or any other showcase. In the meantime, let’s check out DMA’s a bit more.

What do we know? Their fanbase, the visible one on Facebook, has more than doubled in the last 12 months. And the three from Newtown, Australia (that’s near Sydney) have their first full length album in the making and is scheduled to be released on February 26th 2016. I’m definitely looking forward to it. For now though, there are quite a few really cool songs to be listened to on SoundCloud, also bundled in an EP available on iTunes.  DMA’s music is somewhere between London’s Happyness, Philadelphia’s The Districts and other garage pop/rock bands and simply make pretty cool music!