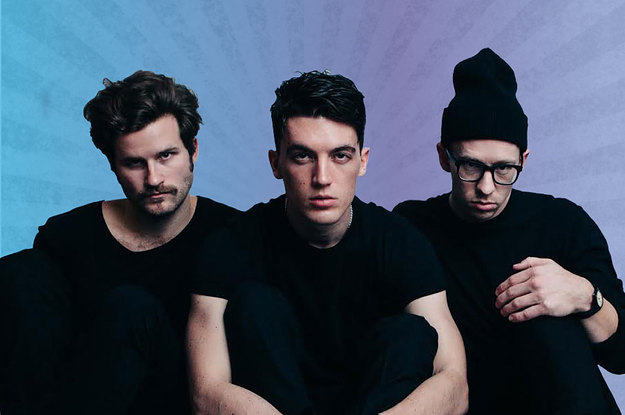 Filed Under: 3 Is A Band, Excited About — By: Elke Nominikat

Looking for a new trio to feature in my weekly #3IsABand column, my partner in crime suggested this Los Angeles-via Nashville-trio who goes by the name of LANY. Listening to their just released EP Make Out, I instantly know I am in for a treat! There’s just the “right amount” of keyboard sounds going on to deliver the perfect backdrop for killer hooks and that special feeling of “I can have it all”! The vocals are smooth and never too pushy or too much in the foreground, yet always there, beautifully noticeable.

I’ve been listening through Make Out (get it on iTunes) for a good five times, while working out, and Made In Hollywood maybe grew on me the most, with its big synths-cloud background, and then some keywords thrown into the chorus like “West Coast”, “young love”, “hurricanes” etc.

Not knowing much about the band, I searched a bit on YouTube and found live videos with the three band members playing drums, guitar and bass, with the synths being sampled in from the usual staples. This actually surprised me for a trio that sounds so keyboard laden. But hey, no complains, I do love my guitars… and other crazy famous bands like MUSE come to mind, who don’t show their keyboards on stage either.

In any case, Paul Klein, Les Priest and Jake Goss know exactly what they’re doing, and if this EP and also the one released earlier this year (I Loved You on iTunes) are any indication, LANY will make it big and I am thrilled to have come across them fairly early on.

The opening track, ILYSB is another great song on an EP full of little synths-pop, indie rock gems.

Follow LANY on Facebook and/or Twitter, stream LANY on SoundCloud, and go see them live when they’re in your town. For now, they’ll be on tour supporting Ellie Goulding: