PHOTOS: Donna Missal, XYLØ and Nothing But Thieves at Baby’s All Right 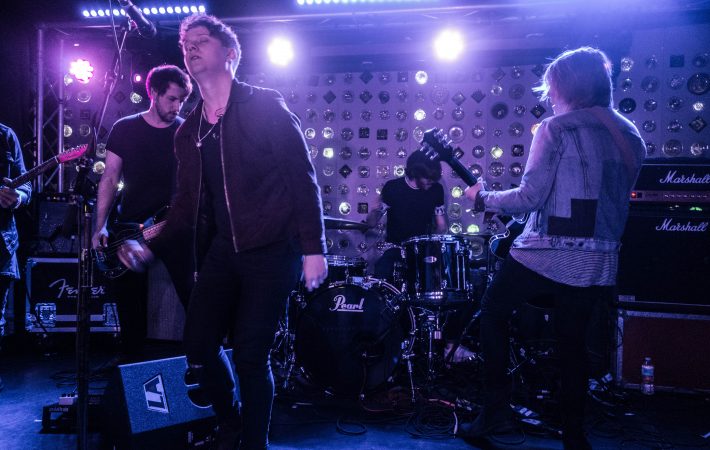 PHOTOS: Donna Missal, XYLØ and Nothing But Thieves at Baby’s All Right

Donna Missal set the bar high at Baby’s All Right on that Thursday night, December 17th, only one week before Christmas, when New York City sinks in sort of a doze… more sleepy then the already mellow weeks of August.

If you were planning on sleeping during Donna Missal’s set, then you were at the wrong show! Here’s a female voice that pushes herself into your ear canals, with killer vocals, songs with pleasing hooks and the powerful visuals to back it all up. In short, her performance and the one of her band was nothing short but stunning.

Here she is with a cover of Drake‘s Hotline Bling:

Next up were sister and brother duo XYLØ (vocals respectively drums) who got supported on stage by a bassist and a guitarist (from London). Somehow, their performance sounded and looked as if their heart was not in it. Bummer, because I kinda liked their sound and it’s so absolutely rare to see a half-baked show (at least in New York that is!).

More time to build up proper anticipation for the headliner and the band I was coming out for, a five piece who traveled from Southend-on-Sea, UK to Brooklyn for a one-off show, having just ended their extensive European tour: Nothing But Thieves

When Conor Mason (vocals), Joe Langridge-Brown (guitars), Dom Craik (guitars, keyboard),
Philip Blake (bass) and James Price (drums) took the stage, they delivered! Conor Mason’s versatile and recognizable vocals are live as impressive as recorded, and it was exciting to hear and see him in this rather intimate venue. Lucky for us here in New York, Nothing But Thieves will be celebrating the release of their upcoming album here in New York on February 5th at Webster Hall. Until then, enjoy some photos and see how the drummer goes from wearing a t-shirt to pretending it’s Summer… or just really hot on stage:

Check out Nothing But Thieves’ hit single and killer song “Trip Switch”:

Live video of Trip Switch – this is to make you want to see these five UK-rockers live yourself: