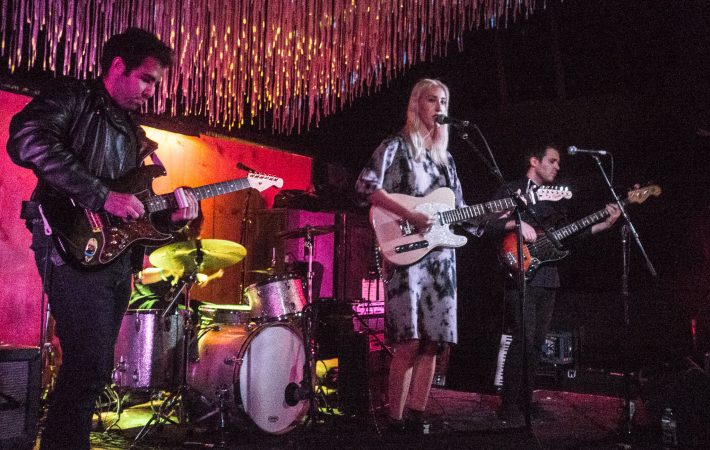 We saw Gold Child, the band of singer/songwriter Emily Fehler, two times at CMJ: one was in the enchanted setting of the rooftop on The Delancey, which mixed tropical plants with Northeastern fall decoration. There she played an acoustic set, together with drummer Jake Beal and guitarist David Von Bader, which suited her well.

But then, one day later, she climbed the stage of Cameo Gallery fully electric, much louder and that worked as well. “Mermaid Country” she calls her genre and when you see her show, you kind of understand what she means with that.

New music from her is out soon and with it probably more shows in Brooklyn and New York.