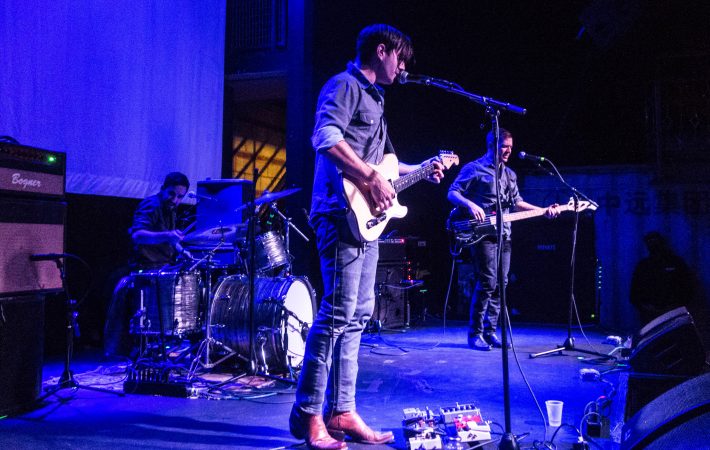 As mentioned in my CMJ review of Courtesy Tier‘s show at Arlene’s Grocery, I was determined to join lots of other fans to celebrate the band’s EP release last Tuesday. Many came out to see Courtesy Tier as well as the opening bands Yankee Longstraw, Spritzer and Isadora. The latter I got to see as well, and really liked their of their 70s influenced vibes.

When Courtesy Tier took the fairly big stage at Brooklyn’s Rough Trade NYC at precisely 11:00 PM, Omer Leibovitz (guitar, vocals), Layton Weedeman (drums) and Alex Picca (bass) had a lot of room to spread out to without getting lost.

Showered in different shades of blue light, the three played the rock and blues tracks that are bundled on their just released EP Little Rock but also older material aka great songs that stood the test of time like for example Cold of which I got a video (shot on iPhone 6s). Watch it here:

Now that you got the sound and some visuals in, get yourself the EP on iTunes and browse through our concert photos:

Listen to Childish Blues which also can be found on Little Rock: