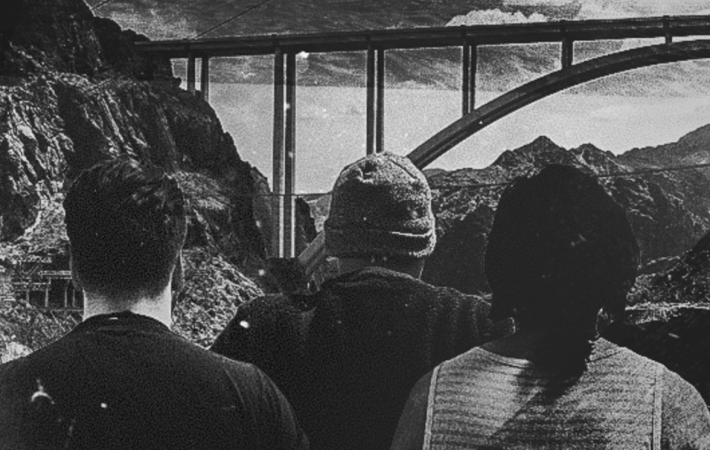 “The good is often surprisingly close, especially when living in a cultural metropolis”, is what came to my mind immediately upon learning that  A R I Z O N A  is a three piece from well, New Jersey. They do however divide their time between East Coast, West Coast aka L.A. and oversees in the UK.

That being said, A R I Z O N A  sound as cool and upbeat as a few other really cool synth/electro pop bands/trios I discovered earlier this year. For me, they are playing in a similar field as The Eiffels from L.A. (review here), Sundara Karma from the UK (song pick here) and DF3 from L.A. via Mexico and New York (review here).

This is what made me like their currently six tracks on SoundCloud immediately and totally dig the happy, upbeat sound, that simply puts a smile on my face.

As bouncy and as dance floor cool as it can get and with to-melt-for lyrics aka Where I Wanna Be:

Let Me Touch Your Fire with its loungey style, shows a softer, a slower side, showing off the great vocals and guitar play:

Follow  A R I Z O N Aon Facebook and their YouTube channel, which they put a great deal of effort in and which is a great way to stay connected with what’s going on with the band.

We just learned about this pretty cool remix by Stratus and are sharing it here as well: