PHOTOS: Avid Dancer put on a show to remember at Music Hall of Williamsburg (CMJ) 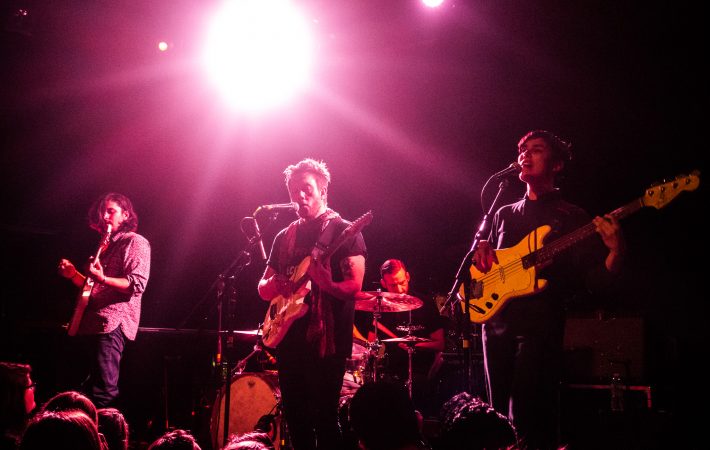 PHOTOS: Avid Dancer put on a show to remember at Music Hall of Williamsburg (CMJ)

April came around, and 1st Bath got released, Avid Dancer‘s superb debut album, which I loved from the spot (review here). It didn’t take me more than one run through to know that this would be among my top 20 maybe even top 10 albums of 2015.

So, I was super excited to learn that Avid Dancer was playing not just one but two shows in October… during CMJ. On tour with BØRNS. bummer. Why? Because… these shows were kinda sold out.

Leisurely strolling past Music Hall of Williamsburg on CMJ’s last day, Saturday October 16th, around 6:00 PM, young women were already lining up. bummer in deed! When asked for whom they were lining up, their smiling faces and then voices revealed BØRNS. I continued my way to quickly get a sandwich before heading to Cameo Gallery yet upon coming back, the number of young woman anticipating the show grew a good double digit and chatting with them was no other than Jacob Summer who performs as Avid Dancer, the musician I would want to see!

Jacob had some time on his hands and we had the nicest chat and in the end, I was lucky enough to make it into his show! All the women who lined up to see BØRNS were -as much as I could tell- equally excited to listen to Avid Dancer’s music and the show was one kind of seriously AWESOME! I’d line up to see Avid Dancer and his fantastic (touring) band – when they come back in town! They brought the songs on 1st Bath perfectly to life and I enjoyed my time there tremendously.

Hope we can do this again! Thank you guys.

While checking out Avid Dancer’s live material, I stumbled over I Feel IT, of course I did since it’s the current first song on Soundcloud and it is… so, so, SO DAMNED good! Had to play it five times in a row and that’s still not… enough! Have a listen:

And then get real with a live session of Avid Dancer and his current touring live crew who are so much FUN!