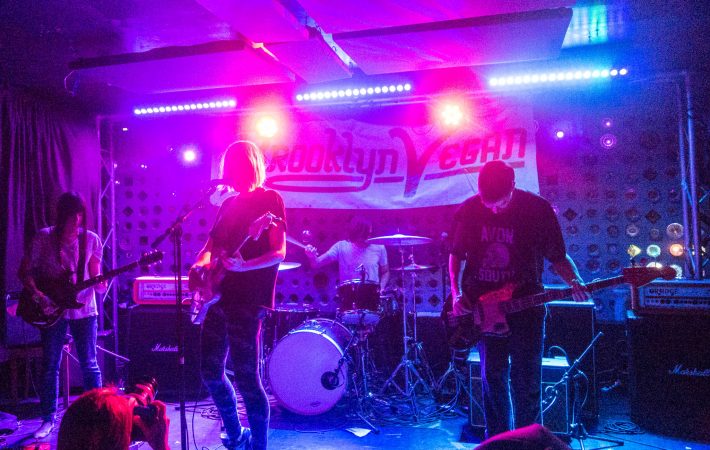 If you immerse yourself in a multi-day music festival like CMJ or SXSW, you’ll find yourself sooner or later at a point where everything blurs and you don’t really feel anymore if it’s day or night. Then you want to see a band like Dilly Dally from Toronto, who wakes you up and brings you back down to earth.

Dilly Dally’s main feature is Katie Monks voice, with reminds me sometimes on Kurt Cobain, sometimes on Liam Gallagher, but always with a distinct feminine timbre. Combine that with heavy and noisy guitar riffs and you have the perfect rock show: for me one of the standout acts of CMJ 2015.

And their music sounds great on record too: their debut album Sore just came out on Partisan Records. Listen to it on Apple Music or Spotify.