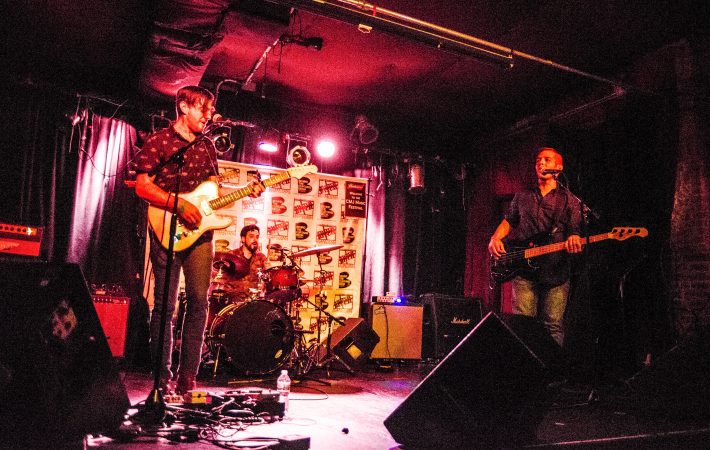 Until next Tuesday, basically the only chance to hear anything from Courtesy Tier was to see them live – not counting amateur fan videos of their gigs on YouTube or the just recently added band video for Childish Blues. Yet, finally next week, they will release their debut EP Little Rock with a celebratory show at one of Brooklyn’s finest venues: Rough Trade NYC.

Count me in, because I simply can’t get enough of seeing Omer Leibovitz (guitar, vocals), Layton Weedeman (drums) and Alex Picca (bass) live. In particular Omar Leibovitz on guitar is something worth seeing with all that he gets out of his guitar. He’s one damn good guitar player, that’s for sure.

See it for yourself in this video with a nice Manhattan backdrop, check out some photos from Courtesy Tier’s great show at Arlene’s Grocery for CMJ 2015 and hey, see you Tuesday!