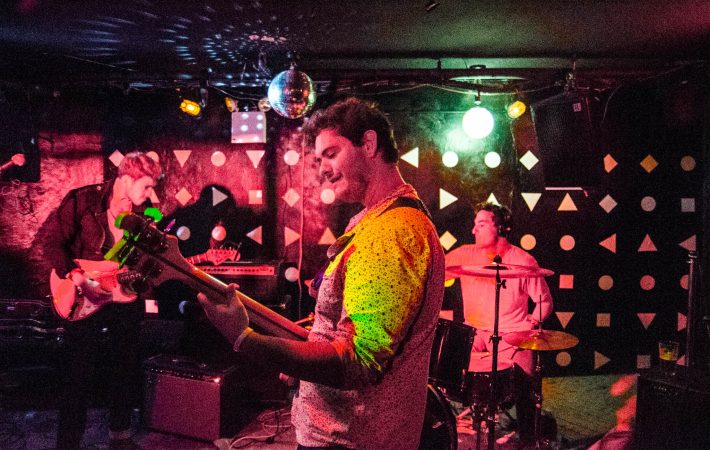 Every now and then a band comes along that blows me away from the get-go. Foxtrax is one of these bands! It’s hard to believe that  Ben Schneid (vocals, guitar), Jared Stenz (bass) and Jon Stenz (drums) make music together for only less than one year, with a focus on “together” because…  they clearly know how to play their instruments for longer than just 12 months!

Listening through their songs on Soundcloud, I had a pretty good idea what to expect, and my expectations were already fairly high. Especially, since I had this band included in my 10 Must See Trios at CMJ list, and having met them by sheer coincidence at the CMJ headquarters. What can I say?

Foxtrax totally backed up my anticipation with one fantastic live show! 8:00 PM, the club like venue Leftfield as pretty packed, and the three putting on a live show one wants to see again. And again! Considering, that they’re a still a fairly new band, they have quite some interesting material to work with, ranging from the currently so popular and pleasing West coast, guitar and somewhat surf-rock driven songs to some more blues and psychedelic material.

Best, you head out to one of their shows, before the band, as I was told, move out to the West Coast to record some new material. (Smart move, to leave cold New York Winters!)