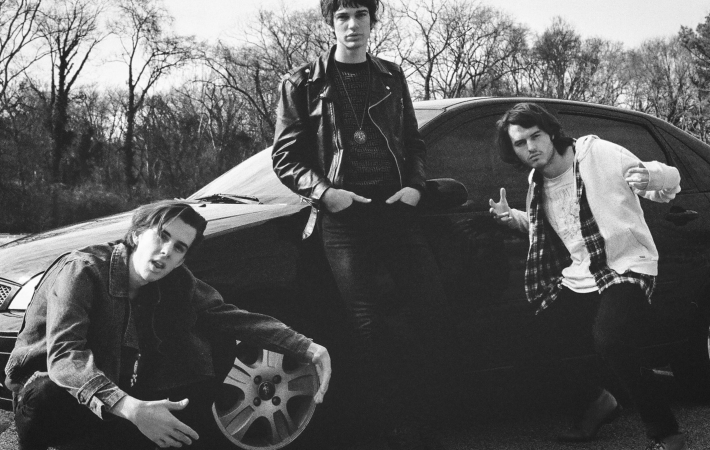 Music comes always first, when discovering a new band. And the ten tracks on Teenage Movie Soundtrack, the debut album of Heyrocco, were what convinced me instantly, with maybe Jake Miller’s House Party and Loser Denial as standout tracks.

Initially, I thought Heyrocco might be from the UK, because they remind me of another super cool three piece I came across earlier this year who are from the UK (referring to Darlia). And… there’s the fact that Heyrocco are touring the UK (again) and even have a .co.uk website. So yeah, it took me a while to figure out that Nathan Jake Merli (vocals, guitar), Chris Cool (bass), and Taco Cooper (drums)  are actually from South Carolina, a good deal away from Mars, duh.

Now I know that Heyrocco also got signed by a British label (Vital Music) in 2014 before the three decided on an US label (Old Flame Records). Geography aside, their “modern grunge” debut album speaks for itself, boasting with guitar heavy melodies, moody vocals, great hooks and instant likability.

The video to the super cool Jake Miller’s House Party is a classic band video, showing the three on stage, playing their instruments, not wearing shirts… check it out: