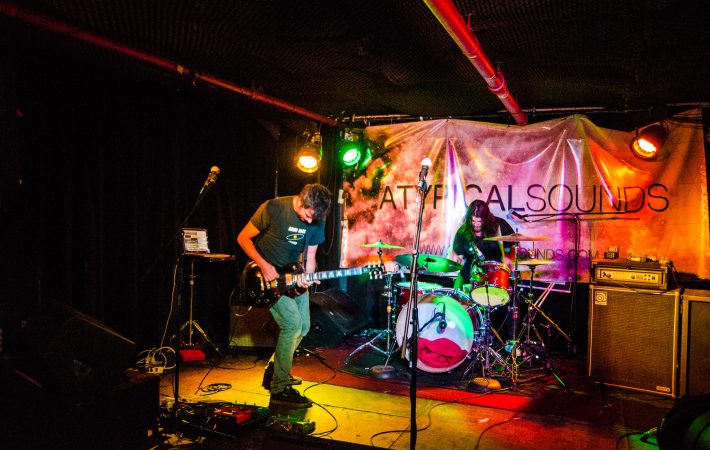 New York City – it’s noon, on a beautiful Friday with dark blue skies and pleasant temperatures, yet we’re heading inside The Delancey, down to the basement, where Brooklyn’s very own Of Clocks and Clouds kick off the Audiofemme and Atypical Beast showcase on the Audiofemme Stage.

Sunshine as well as busy Lower East Side are quickly forgotten, when Ross Procaccio starts hitting the drums and Joe Salgo chimes in with his guitar and charming vocals. Together, the two create alt rock with catchy choruses and hooks that linger. Despite the early time of day, a good amount of true music lovers came out to experience Of Clocks and Clouds’ proven old(er) and brand new material live.