CMJ Roundup Day 1: Heaters, Mikey and the Other Guys, Mansions on the Moon 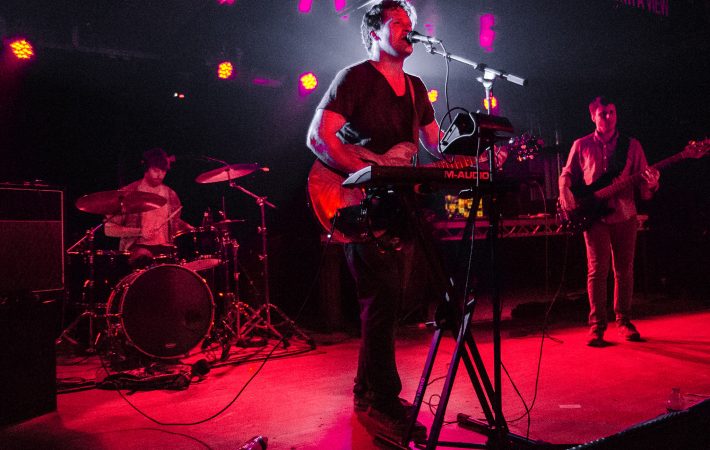 CMJ Roundup Day 1: Heaters, Mikey and the Other Guys, Mansions on the Moon

It’s CMJ time in New York City! The CMJ Music Marathon, which goes into its 30th year in 2015, is similar to SXSW in Austin with series of countless shows in venues all over the city. The difference to Austin is that New York can easily absorb a few hundred extra shows and you can easily miss it, if you don’t look for it.

And so it took us almost until ten in the evening before we saw the first band at the Beyond Beyond is Beyond showcase. It was the three-piece Heaters from Michigan at the Elvis Guesthouse. They put on an excellent show and were making so much noise, that one was worried that the walls of this tiny basement venue would crumble.

From there we made it to Bowery Electric to see Mickey and the Other Guys a New Jersey quartet which does honest rock music with great vocals. Just maybe their Twist and Shout cover felt a little bit out of place.

Band number three were Mansions on the Moon from L.A. at the Balcony TV showcase, who got the crowd dancing at the Marlin Room, despite the late hour on a Tuesday night.