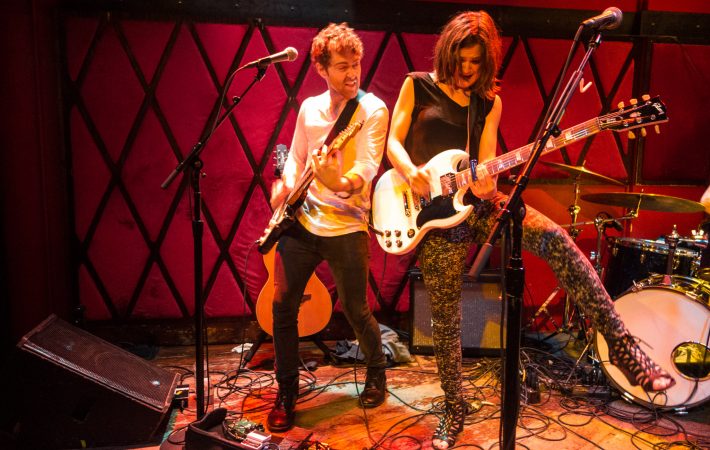 When I ordered tickets to see Fairground Saints (review here), I didn’t pay attention for whom they’d be opening and decided to take it as it comes and get myself surprised. What a surprise that was!

From the moment Striking Matches took the stage and left it again an hour or so later, I was mesmerized by the energy, skill, charm and crazy talent Sarah Zimmermann (guitar, mandolin, vocals) and Justin Davis (guitar, vocals) who formed Striking Matches several years ago, showed on stage. Their mix of rock, blues and country is pretty unique and great fun to experience live.

Their songs are that good -and versatile- that they’ve made it onto ABC’s hit show Nashville multiple times, and different characters on the show are interpreting so far eight songs of the power duo. If you’re intrigued, read their short bio on their website, they have quite a story to tell!

To get an idea what Striking Matches sound like and to learn a bit more about this amazing duo, watch this video, and then venture out and watch some more of theirs.