3 Is A Band: Methyl Ethel 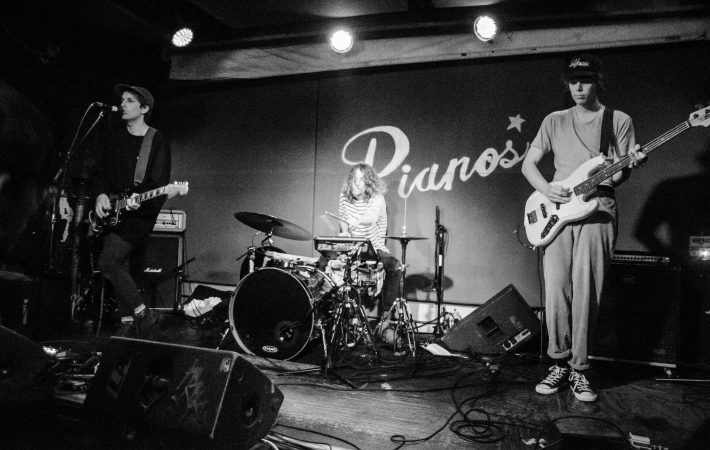 3 Is A Band: Methyl Ethel

It’s that time of year again: CMJ is just around the corner, and with that we focus on bands playing the music festival, which celebrates its 35th anniversary this year. Searching for three pieces I might like, I was immediately intrigued by Methyl Ethel, by their name for starters. Then they come from far away, from Perth, on Australia’s West Coast to be precise, which always sparks my interest too.

So, I was immediately hooked in a way, but not sure if I’d like the rather unique vocals of Jake Webb (vocals, guitar). But, as it is usually the case with stand-out vocals, they grew on me and I came to embrace and essentially love them. Together with Thom Stewart (bass) and Chris Wright (drums) they form Methyl Ethel, and as NME writes in their piece on Finding The Next Tame Impala At Australia’s BigSound Festival wherein they mention the trio. For me, they don’t exactly sound like the fellow Australian artist everybody seems to have to name when it comes to indie music in 2015…

What I hear when listening to Methyl Ethel is the music savviness of Radiohead, guitars and all plus singing style of Thome Yorke, paired with the penchant and virtuosity of Muse for big sweeping song build-ups.  H1 N1 A might just be the perfect example to bring home my point besides simply being an incredibly moving track.

Listening through the whole oeuvre of Methyl Ethel, it seems, they’re still exploring possibilities and try to find their musical voice. Maybe they also don’t even want to settle. For me their in June 2015 released debut album Oh Inhuman Spectacle is quieter, softer and less “alt rock” than the 2013 released EP Teeth, yet they both are soothing and catchy at the same time, while keeping you on your toes and never feeling bored. I also hope they bring some vinyl to New York because I’d like to get some!

Interestingly enough, for a band being that unique as Methyl Ethel, they draw from others for Twilight Driving. Methyl Ethel borrow from Warpaint’s guitar sound (Elephants and others) and even add a sample of Disappears (Another Thought) into the track. The video features (guessing here) Australia. It serves the truly beautiful song very well. Watch for yourself:

To get an idea what the three sound live, let’s have a look at the same song as above, Twilight Driving, from their Triple R Melbourne gig:

Follow Methyl Ethel on Facebook (no Twitter for now), stream their music on Soundcloud or Bandcamp and go see them live during CMJ 2015 (they play a show or more every day!). Here’s Methyl Ethel’s rather busy week in New York City.
Methyl Ethel Tour Dates