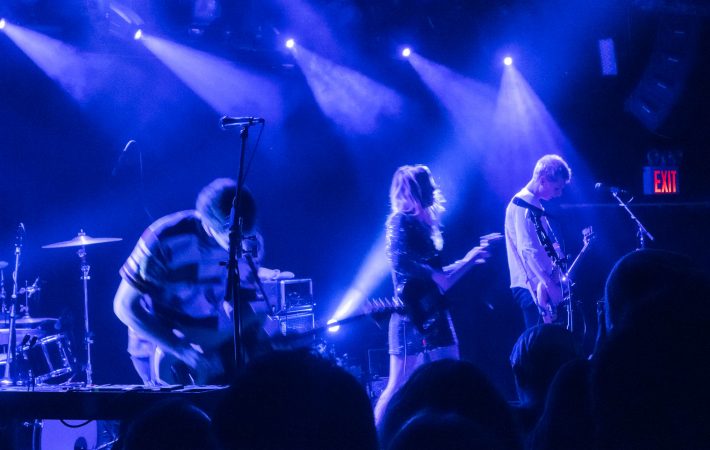 When I read about a show at Poisson Rouge in the Greenwich Village, I picture sitting at a table with a glass of wine while nibbling some sushi. You can do that there for some shows, but for a rock band like Wolf Alice, it is turned into a packed Village basement with low ceilings and sound-breaking pillars. We were late (the show started at 8:30), so we only found a spot way in the back, where the music competed directly with the chatter of the people around us.

We saw Wolf Alice this spring live in Austin for the first time in a better venue and they set the mood right for a series of great rock shows to follow at SXSW. Ellie Rowsell, Joel Amey, Joff Oddie and Theo Ellis are a force on stage and demonstrate that a band doesn’t need much more than the joy of playing music to put on a great show and connect with the audience. That holds true even in a place with a tendency to a muted sound like Poisson Rouge.

Wolf Alice’s debut My Love is Cool is out next week on Dirty Hit Records. More about the album here on glamglare.