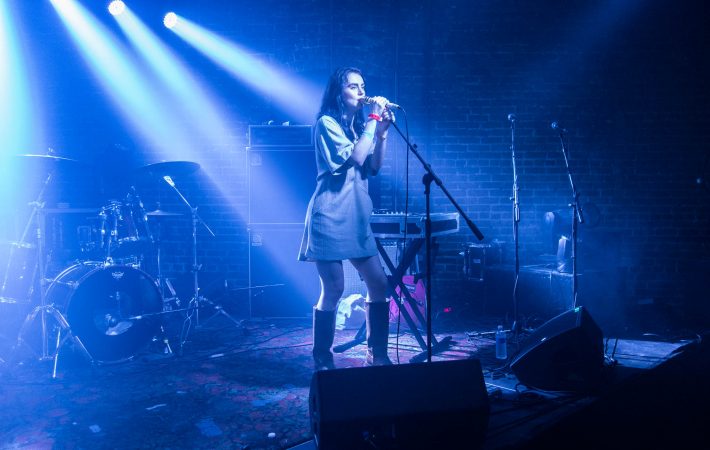 I saw Young Ejecta first unexpectedly last year opening for Gazelle Twin. Back then, singer Leanne Macomber was accompanied by Joel Ford, who was playing the music, but for SXSW she was traveling light and alone: a smart choice given the special circumstances of the festival.

Young Ejecta is doing minimalistic, synthetic pop songs that live from Leanne’s voice. On stage she doesn’t try too hard to pretend playing the music live, whatever that means for electronic music anyway. Instead she puts herself front and center as a singer and only occasionally works the machines laid out on a desk on the side of the stage. She is a beautiful performer, so the show worked well for me and apparently for the army of photographers who attended the show (and who also might have been attracted by the cover art of Young Ejecta’s debut album The Planet (Spotify, iTunes)).