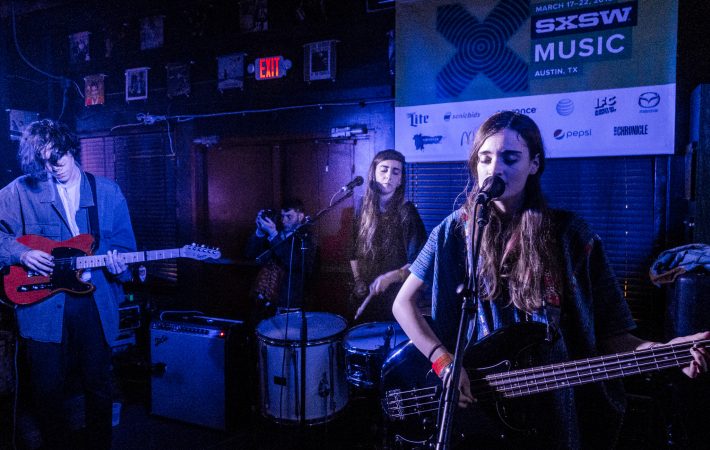 Be Forest are Costanza Delle Rose (bass, vocals), Erica Terenzi (drums, vocals) and Nicola Lampredi (guitar) a three piece from Pesaro, Italy. Their expansive tour also lead them to this year’s South By South West music festival, where they played several shows. I had the good fortune to catch them at “The International Shoegaze Night” at Valhalla, together with other great bands like Nightmare Air and Dead Leaf Echo.

Erica plays her drums while standing up, setting Be Forest’s drive and beat. Nicola chimes in with dreamy guitar sounds and Erica holds with her bass against it. Listening to Be Forests 2014 album Earthbeat is a very pleasant experience and seeing them live adds another layer to the already enjoyable music, and I highly recommend the experience! Although, this might take a while since Be Forest’s long tour has just ended and the three re-charge back home in Italy.