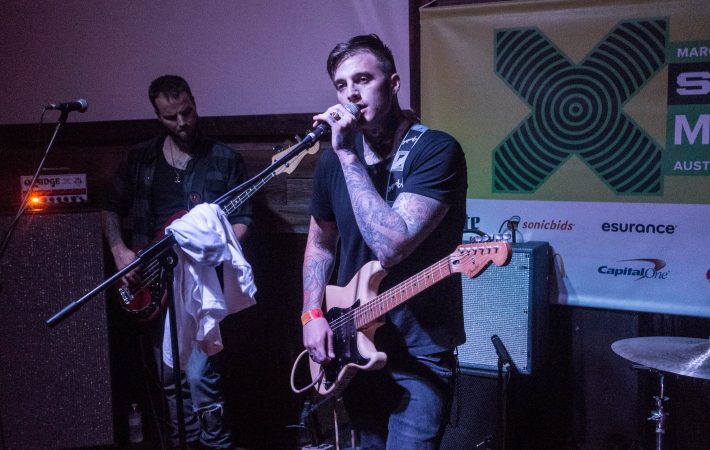 On top of Elke’s SXSW list is Highly Suspect a Brooklyn alternative rock trio who played The Trophy Club, which features a mechanic bull. They played a intense set at a packed room – we will probably see them again later this week.

Capping off the day was the shoegaze night at Valhalla: first on was Nightmare Air from Los Angeles, who was already on my list last year. They feature alternating female and male vocals over loud noisy guitars.

Be Forest at Valhalla

Be Forest from Italy are musically in the same vein, but their performance is different: they dismantled the drum set and left only floor tom, snare and cymbal, which are operated by Erica Terenzi stand-up. This not only looks so cool, but also gives their beats some tribal quality. We loved the performance and hope to see them again.

In between we also caught a song by Chastity Belt around the corner at the 720 Club Patio (last year’s infamous Headhunter’s). While I love their recorded material, their music didn’t work so well live in that setting.