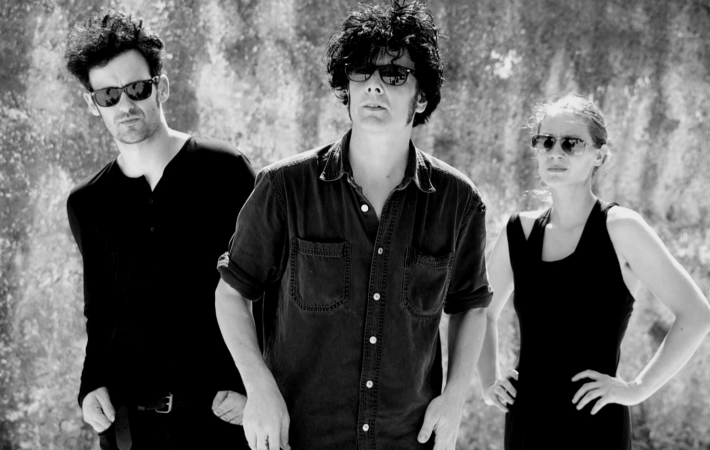 The idea for “3 Is A Band” emerged because of a couple of bands whose music I like a lot happen to consist of 3 band members. On this original list were famous acts like Placebo, Muse and Green Day as well as local favorites like Monogold and STRGNRS but also bands like Black Rebel Motorcycle Club who for the last 10+ years toured relentlessly and put out 7 studio albums.

So far, I’ve seen Black Rebel Motorcycle Club or BRMC, as they’re abbreviated by fans, only once (April 8th 2010 at Webster Hall), but what a show that was! I remember it fondly. The audience was appreciative and there were moments where we collectively hold our breaths (photos here are from that show).

News from BRMC has it that their new still unreleased ‘Live In Paris’ DVD has been nominated at the UK Music Video Awards ’14. Among the fellow nominees for the best live concert film were Rolling Stones, Coldplay, Sam Smith, Rudimental and Savages. And the winner is? Black Rebel Motorcycle Club! Well deserved – with or without that competition.

And while this is joyous news for the band, there’s also some hardship going on, with their drummer Leah Shapiro having to undergo brain surgery later this month. We do wish her all the very best and want to take this opportunity to thank her and her band mates Peter Hayes  (guitar) and Robert Levon Been (bass) for making awesome music. Please rock on!

To stay current with this psychedelic, shoegaze, rock band, visit their Facebook page and follow them on Twitter. And enjoy a BRMC classic Whatever happened to My Rock ’n’ Roll (Punk Song) from the 2001 album B.R.M.C. – back then still with their original drummer Nick Jago.