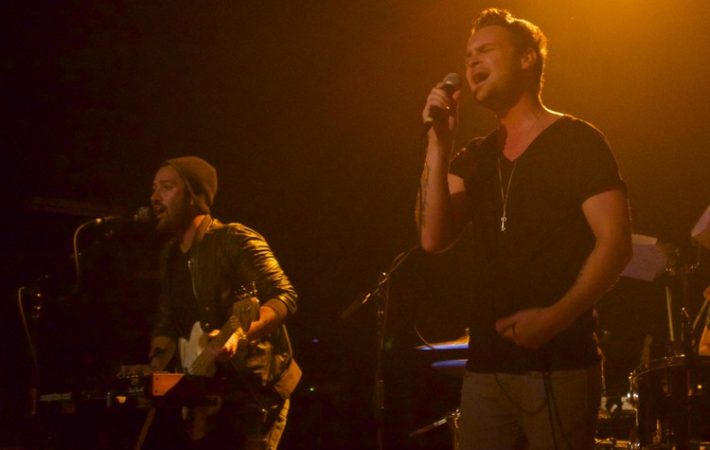 While listening through the songs of hundreds and maybe a thousand and then some bands, Strange Talk stood out with their sunny, catchy, upbeat music. I was smitten from the spot, and had their EP Strange Talk on constant rotation on Rhapsody Music. In the end, I missed Strange Talk in Austin, since there’s so much going on and they were up against the only “big name” I was determined to see (Julian Casablancas) but I am happy to have seen Steve Docker (vocals, keyboard) and Gerard Sidhu (bass) the founders/masterminds of Strange Talk, yesterday!

Strange Talk’s full length album “CAST AWAY” is due end of April, and while they’re re-charging in Australia for the next two to three weeks, they will be back for an US tour and back in New York on Tuesday, May 27th at -my favorite venue- the Mercury Lounge! To sweeten the deal, as if this was necessary but hey, it’s really a cool deal! – they’re even giving away Ticket Bundles: you get a ticket to the show PLUS the vinyl including signatures for only $25.

P.S. The DJ set by Gerard after Blondfire’s performance and before The Sounds was on, was pretty bad ass AWESOME! Mixing Teen Spirit with techno beats… wanna hear THAT again!